On the evening of the 30th of April 2020 I was walking with my dog on the edge of woodland in Devon. Suddenly my dog  started pulling on the lead. I knew immediately that he was onto something then I heard  what he must have heard!  What was it?  It was the growl of a puma, echoing from the  woods nearby in the still night air! In all, I must have heard up to 30 'grunty ' snarls and the sound was crystal clear!  After this it fell silent and moments later I saw something! In the fading light I could see that it was a powerfully-built  tan-coloured animal and it was heading with purpose down a track in front of us about 70 feet away! My dog's view of it was obscured by a mound, so he did not react.  At that point I decided to head quickly back to  a safer area as I did not have a torch or a strong stick with me!

We stood there for a few minutes and all was quiet. After a short while we headed back and stood motionless for several more minutes but whatever I had seen had gone, probably down a side path into the undergrowth to follow other scents! What had I seen?  It was the very puma that we had just heard! 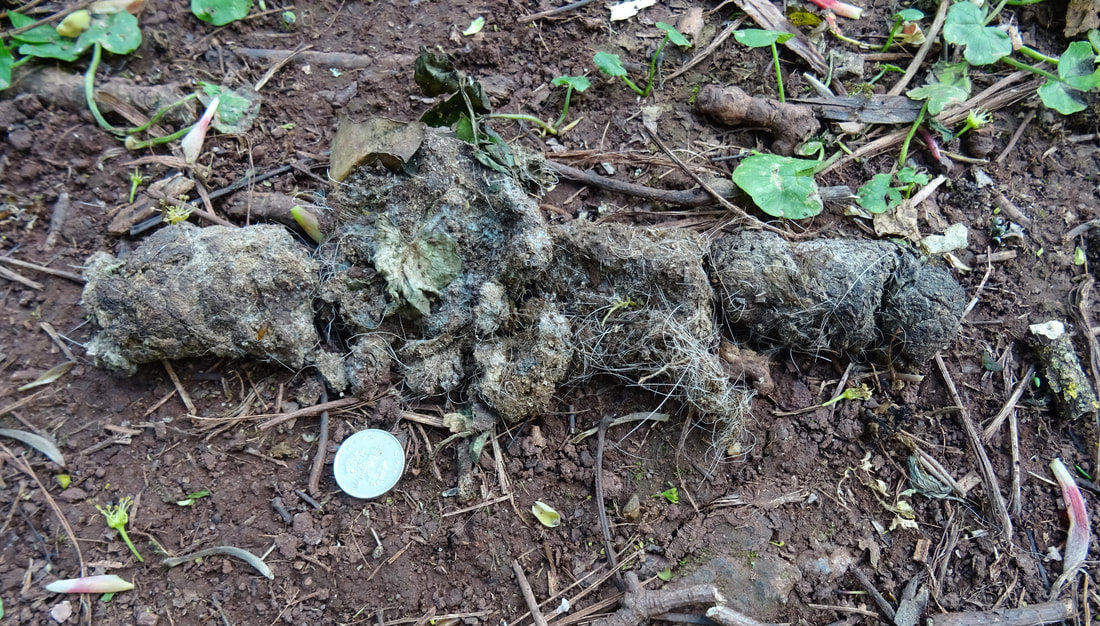 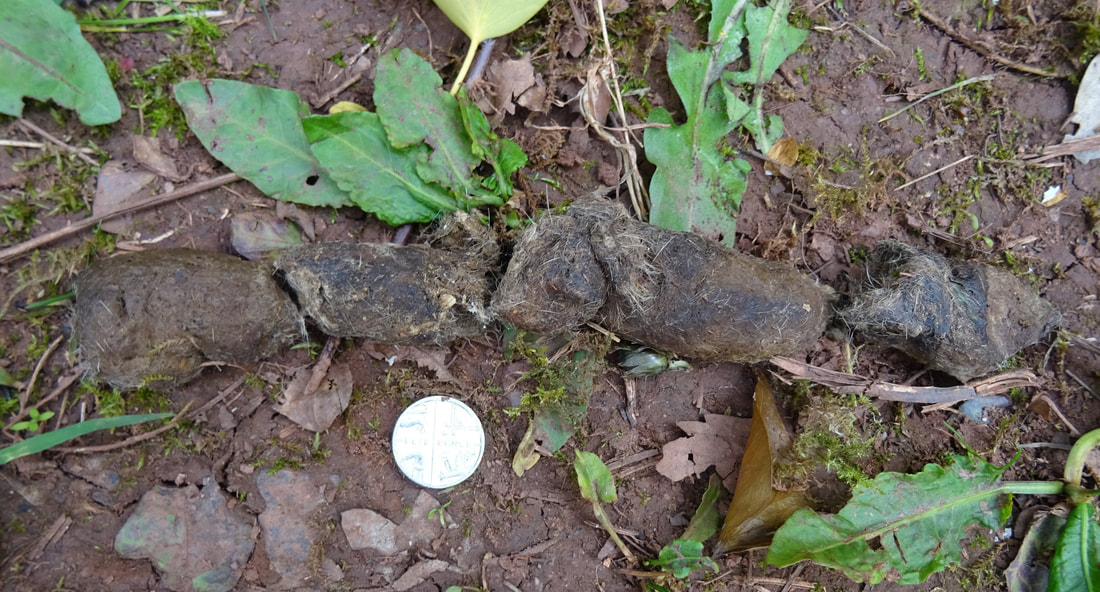 Two big cat scats I photographed in Devon.  Big cat scats have a distinctive and rather subtle musk smell,  and  contain prey hairs , especially deer hairs and can also contain the cat's own grooming hairs. (I have many more similar photos.)
​(Scat photos copyright owned by Alex Bowler)

Photos used under Creative Commons from ahisgett Tambako the Jaguar