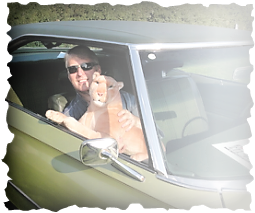 ​Hi!  Welcome to my website - My Big Cat Sightings! I decided to create this site after I had seen black panthers in the wild in Somerset, England, no less than 3 times! The first time I saw one I was terrified, the second time I was surprised and the third time, when I saw a black panther and what looked like a puma, together, I was amazed!!!!

On none of these occasions did I go out looking for a  big cat - if I had done I would have taken my camera!!!!

At the first sighting I was with a friend on Croydon Hill on the Brendon Hills, who saw the black panther too because we were actually stalked by it!  I was driving along the main A358  near Bishops Lydeard when I saw a black panther for the second time and on the third occasion I was walking in a field below North Petherton with my dog but unfortunately he can't speak English! I can testify, however, that big cats are definitely on the loose in Somerset and across Great Britain! I hope you enjoy reading the accounts of my sightings of big cats in the wild!
​My name is Alex Bowler and I now live in Devon with my wife Jill. I was born in Matlock Derbyshire in 1961 and moved to Somerset with my family at the age of three. My father was an English teacher and the deputy-headmaster of a secondary school in Taunton and my mother was a primary school teacher. I was educated at Wellington School and later did my A-levels at the Somerset College of Arts and Technology. After finishing my education I pursued a career as a musician and played bass guitar in various rock bands, including McKenna's Gold, the band led by the legendary rock-star drummer Ted McKenna. In 1989 I became a Christian during the Billy Graham LIFE mission in London. I am now an evangelist and undertake gospel missions, especially in Africa  - where big cats also live!! 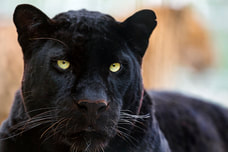 ​
I hope you enjoy looking at the site! Let me know if YOU see a big cat in the wild in Great Britain!
Photo used under Creative Commons from Tambako the Jaguar